Crying in your BMW & Sharing Personal Stories on Social Media

Crying in your BMW & Sharing Personal Stories on Social Media

Gather around readers, witness what it's like for me when I am writing in my journal. Completely raw, unplanned, self concluding, self actualizing, etc. Whether or not it's lengthy, boring, or completely random --I'm just gonna write and organize later. I tried walking myself through my thought process on the subject matter the other day, but didn't seem to get anywhere. Today I did, enjoy and let me know your thoughts below.

As I write this, I think to myself: "Why not just write in your journal like you usually do?" I can't say I have a definitive answer. Maybe there is a part of me that seeks out some sort validation, or knowing that people can see this, I feel a sense of comfort. Maybe someone will reach out and tell me they can relate or that I've helped them in some way. And maybe I just feel so misunderstood in my daily life that if I write my thoughts out on here, because I'm so detailed, people will understand me better. As is the case when I am able to explain my thought process in person.

I've come to learn my first impressions aren't always lasting, or just plain awkward and uncomfortable. Or my blanket statements, dry humor, and sarcasm aren't received well without said explanation. 😬  So it's always in my favor to have more time with people to develop solid & understanding relationships. As I write this out, some of my audience may think, "yeah no shit Holly, that's called getting to know someone." I know, but I think I struggle with it more. I could go into a plethora of reasons why I think that may be and deep dive into my insecurities, but maybe I'll just leave it to the reader's imagination for now. I am open to changing, but the fact that I'm already self aware speaks volumes. And as insecure as I may be sometimes, I really don't want to change the way i speak or act just to be the standardized version of "likeable". I think hiding parts of yourself, like my awkwardness and peculiarities is more detrimental in the long run. Woo hoo, be yo self gurl.

I digress. Maybe it's that I like being creative, I want to see my thoughts in structured or aesthetically pleasing ways. There is a slight disappointment when I am journaling and my writing is readable but chicken scratch. Bottom line, I don't have the answer, but it does bother me in some ways. More so because I wonder if I am unknowingly creating self sabotage. Even if I'm so careful with my wording (and also my mind can never stay on one linear track), there's always going to be some way to spin it into a misunderstanding. What if I become/feel even more lonely than I feel now?

Yeah, I said it. But I also like to think A LOT of people never willingly admit they feel alone more often than not. And even though we live in this time period where people seem to be encouraging you to speak your truth, it seems like it's only acceptable behind glass screens.

Is this too personal, though?

The real reason I started to write this post is because I enjoy writing about my experiences and I've noted that sometimes 'others' feel uncomfortable, or feel it's too private to post online. I've actually pulled back a lot on the sharing (in person and online) in the last 10 years, but lately I've just been jonesing to share my dating stories from 2020. But knowing me, the critical thought's step immediately after inspiration:
These thoughts don't come out of nowhere. People will literally read a fucking book and pick out 2 lines that bothered them and deem it the devil's work. I know some of you can relate. & lets just circle back to the fact that I said I'm so detailed and careful about what I say. Especially in this cancel culture we have, let's add that layer. Everyone is so gdamn sensitive and takes everything personally. I thought because I was able to put myself in others shoes, play devil's advocate, that others could do the same. But they don't. People generally are in their own bubbles and say things through the goggles they crafted themselves. I've experienced it several times because I was ignorant myself, to think that most people (not all) could be as open minded as I am. It's scary putting yourself out there, we're all a bunch of ignorant assholes. I like to think I'm just slightly less though.

And then I think about this picture I saw floating around in the sea of self-empowring posts on IG: 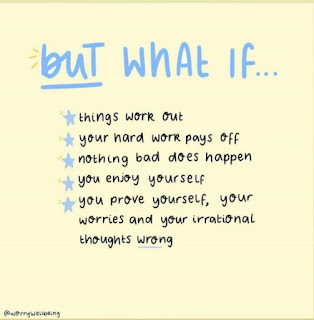 As I read my questions, too, I can imagine the responses of a close friend:
In addition, I came to my own good advice this summer after a reoccuring interaction with a few people in my life: when I decided to become a teacher (after years and years and yeearrrsss of everyone suggesting the career path to me), they now say, "Why do you want to become a teacher, especially now, it doesn't even pay that much?" As if they somehow plugged into my brain and absorbed my life story enough to know the answer to all my problems.

This is that part where you need to listen to the advice: "You can't control how others act but you can control how you respond." Thank you, Universe, for the life lesson. All those times I've heard 'important' people make speeches about not letting anyone tell you what to do. All those sitcoms and movies where parents try to control their children's lives and realize that their children know best for themselves. THAT was the point. You really do know what's best for you and literally any time you decide to do or say something, someone will 110% always have a negative opinion. So just do what you want! lol

After re-reading all of this and whether or not to post certain stories, I just have to acknowledge, for my own sanity, that I am literally fascinated by human interaction. I studied Socio-Cultural Anthropology in college, I loved taking linguistics (learning how others communicate in all ways, not just language). My life's work is to be some sort of counselor/advisor/mentor--that's what this blog was founded on. I wanna know how and why people exist. AND let's be honest, I am a hopeless romantic.

Mix it all in and you've got a recipe for a girl who enjoys sharing and comparing data on her social/dating life experiences! That's my reason & I can't think of a better one. As long as you know what you're about, you don't need anything else. And you gotta be OK with the people who sip on the haterade.

I'm still going to be afraid of backlash and feeling alone or disconnected from others when I post my personal thoughts. Even if they aren't as personal as my dating experiences. I don't think that will ever go away. I can't avoid or control every possible situation, comment, or interaction--especially if I'm going to share it with the public.
I'm also not a public figure, so people tend to be more harsh/less understanding--at least from my observation. It's not all glitz and glam, but I see more praise being given to those who have a following and open up about their private lives. But even as I say that, I realize a lot of those figures that I follow consistently talk about the negative comments they get. All I want to say to them is, "Those people are insane, why do you care/why are you paying attention to those? You are such a cool and inspiring person." So I guess I'm not alone, we all tend to let those personal attacks sink in more than they should. I always joke about how it's tough being a public figure. As much as I struggle with criticisms or knowing someone doesn't like me, I can't imagine what they feel.

But...I'm sure the extra $$ flow helps, I can say with confidence that it's likely more satisfying to cry in your shiney new BMW Tesla. 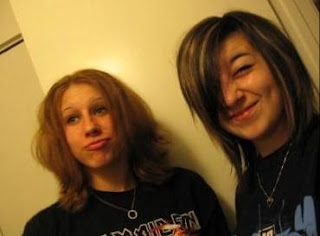